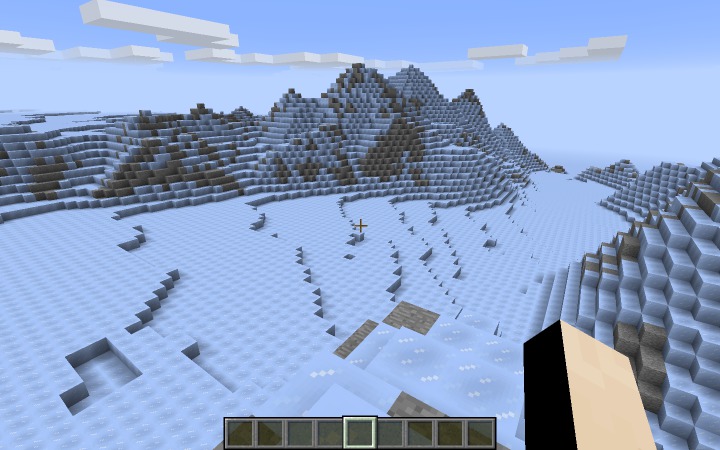 Ever wanted to explore Antarctica from the comfort of your own computer? Ever felt that the real world is insufficiently cube-based? This is the answer.

This is a 1:1000 scale recreation of the entire Antarctic continent (and outlying islands) in Minecraft, based on the data from the Bedmap-2 project. The vertical scale has been exaggerated by a factor of 10.

You’ll need a copy of Minecraft, which can be purchased direct from minecraft.net.

You can either download the map file, or connect to a server. There is a server running Minecraft Antarctica generously provided by the folks at Infinicraft. Simply start Minecraft, choose Multiplayer, then Direct Connect, then enter the server address antarctica.infmc.net.

If you want to run your own copy, Minecraft Antarctica comes as a custom map file. You can download the map file here. You’ll then need to unzip this file to the right location on your computer. On a Mac, this location is ~/Library/Application Support/minecraft/saves. On Windows, it’s C:\Users\<your username>\AppData\Roaming\minecraft\saves.

You should then be able to play in the map by starting Minecraft, choosing “Singleplayer”, and selecting the map (named “Antarctica”) from the list. 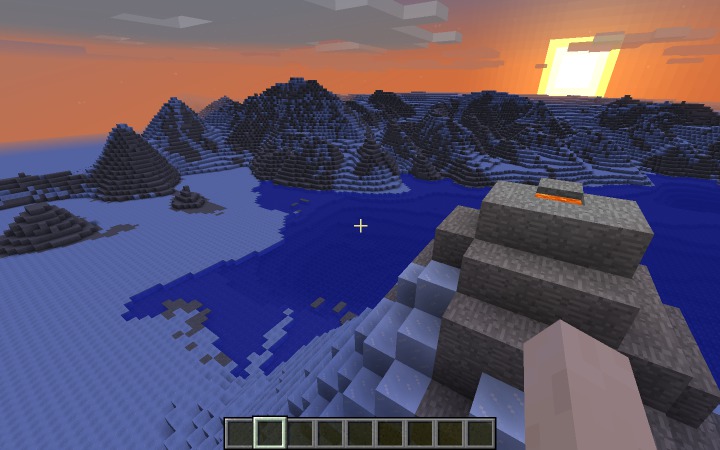 You should start at Rothera Point on Adelaide Island (67°34’S, 68°08’W), the location of the main British Antarctic Survey base, and quite a scenic area.

The map defaults to Creative Mode, with cheats enabled. This means that you can fly: tap the spacebar twice to toggle flying, and move up and down with space and shift. You can also teleport, which greatly speeds up moving around the map.

To teleport, press T to bring up the chat console. The type the teleport command /tp <x> <y> <z>, replacing <x>, <y> and <z> with the coordinates of the point you want to teleport to. Some example locations:

Let me know if you find anywhere else interesting or beautiful! 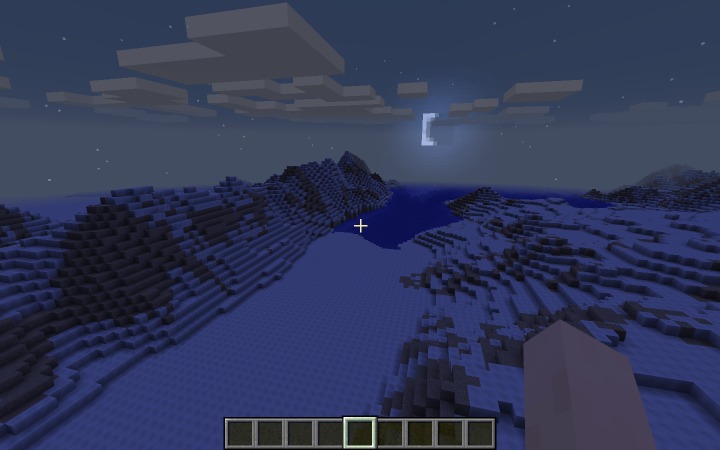 There are a few known issues with the map.

The code for generating the map is available here.